Urdukidzcartoon.com connecting Urdu language with a new generation of kids

By Mohd. Ismail Khan, TwoCircles.net
Hyderabad: There are many endeavors going on throughout the world for the promotion of Urdu language and to save its very existence. But a Riyadh based civil engineer due to his love for the language come up with an exciting solution to work on the very foundation of the problem, i.e. attracting the younger generation towards the language.
Syed Mukarram Niyaz a Hyderabadi working as a civil engineer started Urdukidzcartoon.com world’s first Urdu comic book website to promote Urdu language and fun learning of the Urdu vocabulary for the new generation of Urdu speakers.
Urdu runs into the blood of Syed Mukarram Niyaz, his mentor and father Raouf Khaleesh is a famous poet and his uncle Gayaz mateen is a former HOD of Osmania University’s Urdu department.
Mukarram who passed out from Mukaffam Jah engineering college as a civil engineer in 1989, has been working in Saudi Arabia since then. Mukarram has a long history of love with the language, for the past 20 years he is writing essays for different Urdu newspapers and magazines.
Mukarram said he was bored by his civil engineering job so he decided to do something new, in 1998 when personal blogging was still a fantasy; Mukarram started his personal Urdu website which consisted of his essays and literary works of renowned Urdu writers and poets.

Doing the editing work in Photoshop program.
About the idea of starting Urdu comic book website, Mukarram who is father of four children said one day his kids who were very fond of reading comic books online, asked him ‘why these cartoon characters don’t speak Urdu’?
“That question from my kids prompted me to search for online Urdu comic books, I searched in the internet for many days, but to my utter dismay I found none. I was well versed in the Photoshop program, I downloaded Phantom Comics translated the English text into Urdu and then replaced that English text with Urdu. And there was an Urdu comic book ready to be read, my children were happy to read those edited comic. In the meantime I read an article by English journalist Shams Adnan Alavi portraying concern about absence of Urdu comic books online, I got inspired by that article to do something regarding this. I took my earlier experience with my kids as a nice idea of promoting Urdu language so I decided to do the same for all the Urdu speaking kids.” Said Mukarram .
He started working on the website and editing in 2011, on 21st February this year on her daughter Malahat’s birthday he launched urdukidzcartoon.com, online Urdu comic point where favorite cartoon characters from Superman to Phantom, Chacha Chaudhri to Mickey Mouse speak Urdu.
Urdukidzcartoon.com has given its own touch to the comic characters to make them lively for Urdu audience. For E.g. Richie Rich a famous cartoon about a billionaire kid is being changed to ‘Chhote Nawab’, Little Lotta is now ‘Bi Moti’, and the careless cat Garfield is now ‘Bholu Billa’. There is also a separate page for interesting general knowledge questions in Urdu, for little brain exercise for kids.
Mukarram said his accomplishment is not for commercial purpose, its sole aim is to promote Urdu language among the new generation and increase the Urdu vocabulary of kids in a fun learning method.
Mukarram feel that his website is a need of the day, because printed Urdu comic books have just vanished from the scene of Urdu literature, and even Urdu newspapers are not publishing Urdu cartoons for children in their editions. He made this assertion while showing us his 80’s Urdu comic book ‘Khilona’ from his childhood collection.
But it was not an easy task for Mukarram to come up with urdukidzcartoons.com with 22 comic characters, each character till now having seven minimum stories and full series of three comic characters.

Syed Mukarram Niyaz with his collection of Khilona magazine.
He said the biggest challenge he face while making a Urdu comic story is Urdu font, because it should be in such a manner that text matter should get adjusted in the speech bubble of the comic picture, but at times it is difficult and pain staking. He uses unique kind of fonts called Alvi Nastaliq and Jameel noori Nastaliq, which help adjusting Urdu text in the limited space of the bublle. Nastaliq font is not easily available, so a separate link is provided in his website to download this font.
Another challenge for him while translation is that Urdu should be of such a class which is easily understandable while in the same time it should increase the vocabulary to the kids. He said, “While translating I use sophisticated Urdu words, but my wife who happens to be a school teacher quickly corrects me that language should be such of a kind which is enjoyable for kids, so I have to retranslate it again for the better understanding of kids. “
Talking about his current project, he said “I am working on developing new comic character Cinderella, but that whole comic story is in English rhythm. I wanted to translate it in Urdu ‘Nazam’ style, but while doing that I have to keep in mind using simple and new words, and limited space in the bubble.” He said urdumehfil.com has helped him a lot to understand new software’s for Urdu web production and publishing.
Mukarram who is the sole mind behind this unique website spoke about his tight schedule of work, he said his office timings in Riyadh are from 9:a.m. to 7:p.m. during the free time he tries to complete the translation of English text, but he was quick enough to inform us that he has taken the permission from his superiors for doing website work in his spare office timings. After reaching home he works till 12 in the midnight for compressing, adjusting text and resolution then finally uploading the comics.
Mukarram said in the beginning he use to spend at least 3-4 hours for making a single page of the comic which require, downloading, editing, translation, compressing the cartoon images and finally uploading it to the website, but now as time passes he said it takes 2 hours to make a comic page.
But to the generous heart of Mukarram in spite of all his personal strength and work hours gone into the production of Urdu comics, he is ready to give it for free to any Urdu newspaper or magazine who wants to publish it. He said “I am not going to keep these comics as my patent item, my sole aim is to popularize Urdu among new generation and for that purpose if any newspaper and magazine want to publish it can do so for free and can contact me for the same, because I know web is not enough to promote Urdu comics.”
Mr. Mukarram’s ambitions for promotion of Urdu language in world and specifically in India are high, Mukarram said, he doesn’t want to stop or limit his work to this website. Talking about his future plans he said, “I am trying to develop a Unicode base future for Urdu language in web, in that perspective I established Tameer web developing company and making efforts to establish Urdu newspapers and Magazines website with Unicode features.”
Finally Syed Mukarram Niyaz wishes that his Urdu comic website receive at least 5000 hits per day, which sadly this wonderful website is receiving per month.
Source:-http://twocircles.net
Posted by Santhalika at 8:44 AM

This is the third time I've been to your website. Thank you for sharing more details.
Also visit my website Metal Brackets

Very much thank you for sharing this.
-Syed Mukarram Niyaz (creator: www.urdukidzcartoon.com) 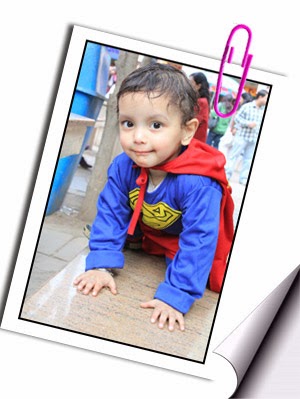 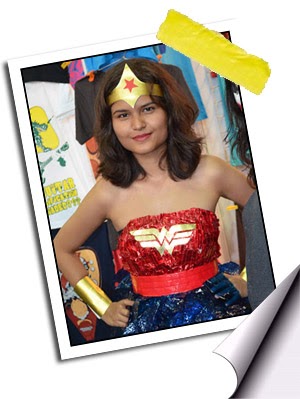 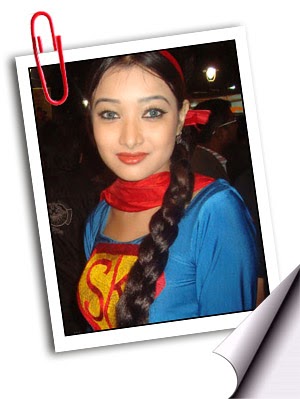